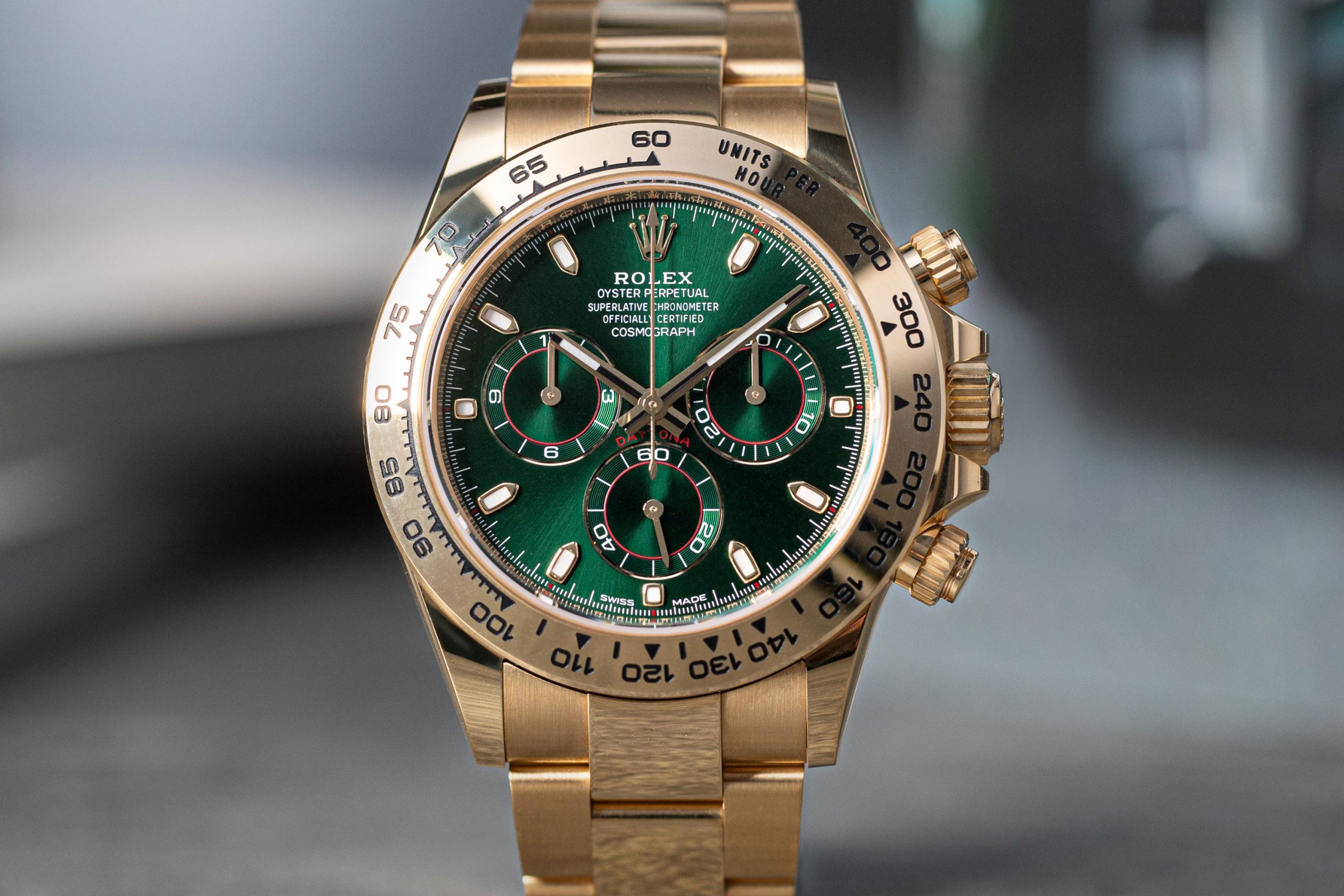 It’s maybe a little embarrassing to admit, but until a few months ago, despite being a dyed-in-the-wool, true-believing, card-carrying, self-avowed watch nerd, I had never owned what is possibly horology’s most mythical reference, THE timepiece that almost every watch enthusiast aspires to own. The watch that is seared indelibly into our minds and imprinted permanently onto our consciousness so that thoughts of it are inescapable. The watch that, back in the late 1980s, gave birth to the sports chronograph craze and was THE very watch to engender that controversial phenomenon known as the waiting list.

Since its modern automatic winding version the 16500 was created in 1988, there has never been a day that the Rolex Daytona hasn’t traded for a massive premium on the secondary market, so much has global desire outstripped production of the watch. That’s a full 34 years where, for every one watch created, there has been at minimum 100 people that have wanted to buy it. In this regard, it is singular and utterly unique. Sorry, Generation Zer! But the truth is until about five years ago, you could walk into any authorized retailer and buy a Patek 5711 or Audemars Piguet 15202 or any François-Paul Journe on the spot, though that time is clearly gone for good.

OK, wait a second. Let me qualify that first statement. Yes, I owned some vintage Daytonas. But until recently, I had no idea what it was like to live with and wear on a daily basis a modern caliber 4130 Rolex Daytona. And I can tell you with absolute certainty this experience so far exceeds owning the vintage watches and pretty much any other sports chrono on the planet that I wouldn’t even place them in the same category. It would be like comparing the latest hybrid Ferrari SF90 Stradale with an Amish horse and carriage, if that carriage had two creaky wheels and was pulled by a donkey instead of a horse. OK, maybe not that extreme but honestly, it’s not that far off. It wasn’t until I received ownership of one of my personal grail watches — the yellow gold, green sunray dial work of horological magnificence known as the reference 116508 — that I understood how a modern Daytona is that extraordinary combination of heart-stopping, almost constant palpitation-inducing beauty with ease of use and reliability that are without equal. It would be as if the most beautiful creature on the planet, my dachshund Bandit, could wake up in the morning and make me perfect eggs benedict topped with homemade hollandaise and Caspian Sea beluga caviar, correctly light my Hoyo de Monterrey Epicure No. 2 without excessively charring its delicate wrapper, before chauffeuring me to work in my naturally aspirated AMG C63, such is my Daytona’s inimitable combination of aesthetic magnificence combined with infallible work ethic and reliability.