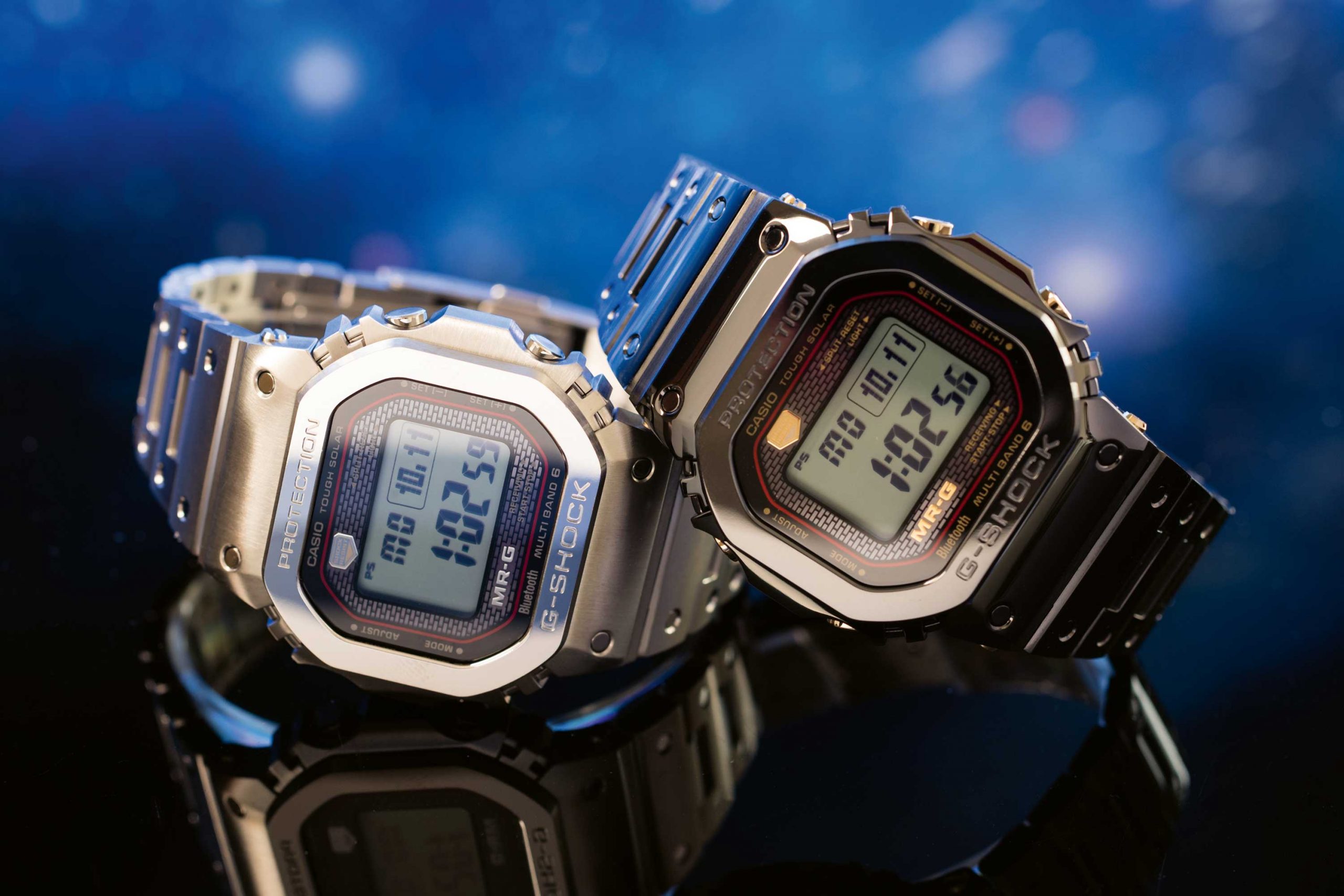 In 1983, the horological landscape was changed forever with the introduction of the original G-Shock. It was the first dedicated “tool” watch of the LCD quartz era and one that would go on to become a genuine icon. And while it was far from a runaway success in its early days — something that can be said of many icons — it wasn’t long before it cemented itself as the de facto king of ruggedized timepieces.

What began as a single watch soon became a collection, and before long G-Shock was improving on the formula with new designs and added functionality. But even with the success of the young brand assured, G-Shock creator Kikuo Ibe remained restless. And so it was that in 1996, his team of designers and engineers unveiled their first all-metal watch, and with it a new and more upscale line called the “MR-G.” Ibe’s idea was that rather than be relegated to leisure activities and hard use, a G-Shock could be someone’s daily wearer — a true boardroom to the beach timepiece. Initially, these watches were digital- only, as was de rigueur for the time, but it wasn’t long before “ana-digi” and full analog pieces followed.

Well, fast forward 26 years and the MR-G has fully claimed its position as the top dog in G-Shock’s expansive catalog. And while the full-metal cases have remained, now in hardened titanium (and even more exotic materials), the watches are exclusively analog in design, which would seem to fit the tastes of higher-end collectors. Indeed, with prices starting at USD 2,600 and going up to over USD 7,000, this seems like a safe bet. Naturally, all of the technology at G-Shock’s disposal has been bestowed upon the line, like solar charging, Bluetooth connectivity, atomic radio signal syncing, and more.

Even so, the MR-G is starting to be challenged — in a good way — and oddly enough, from within G-Shock’s own ranks: namely, by the GMW-B5000 “Full Metal Square.” The GMW-B5000 is a direct homage to the original DW-5000C, albeit rendered entirely in stainless steel, and has proved to be a solid home run for the brand, confounding the naysayers who claimed to anyone who would listen that no one was going to pay over USD 500 for a digital watch, regardless of what it was made out of. Well, not only were sales gangbusters straight out of the gate with the G-Shock faithful, even longtime G-Shock deniers were won over by its deft combination of nostalgia, functionality and aesthetics.