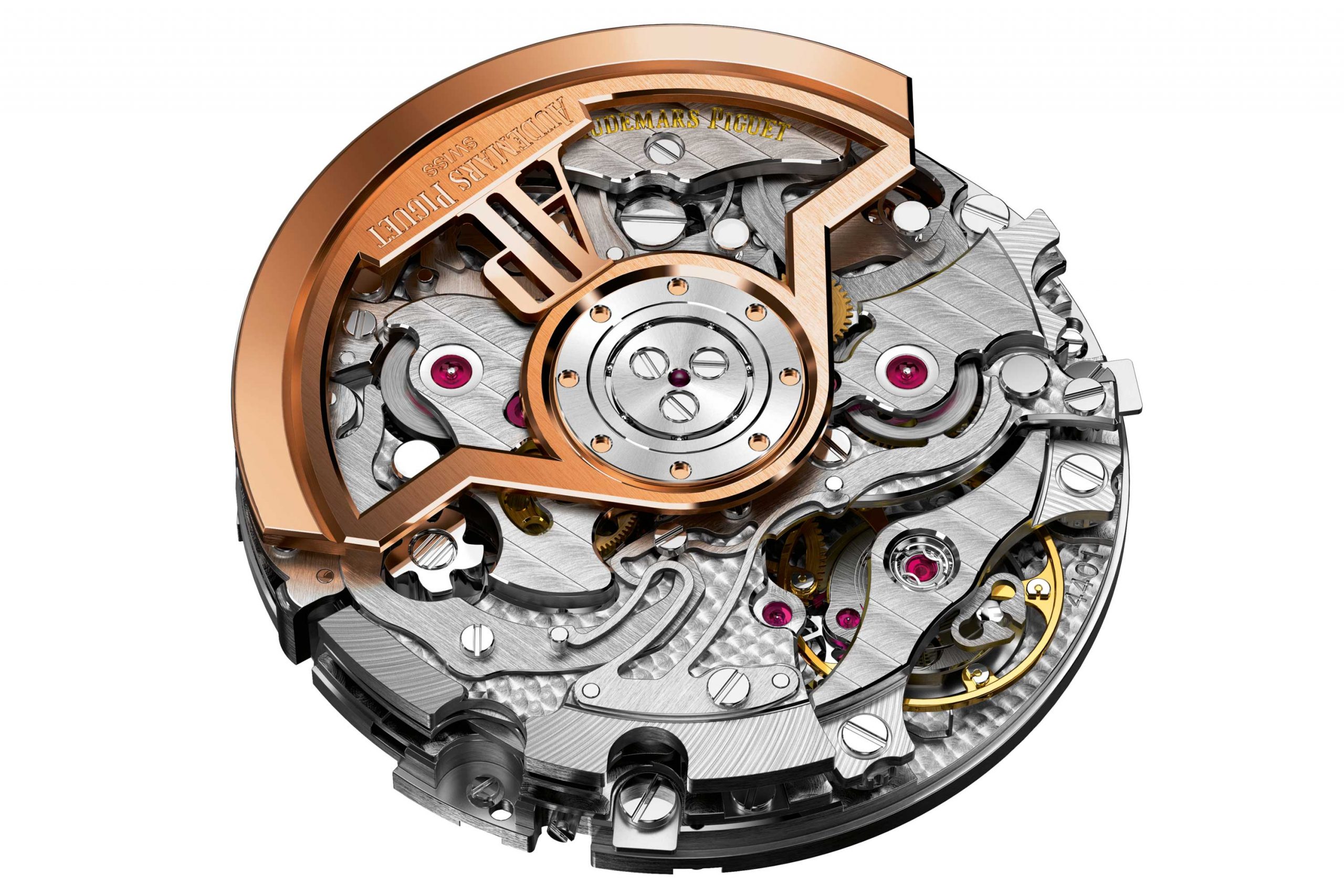 In this ideal configuration, there is no meshing of teeth when the chronograph starts or stops as both wheels are already on the same arbor. Hence, vertically coupled chronographs, in theory, do not suffer from seconds-hand stutter during engagement, which is a key advantage over a horizontally coupled chronograph. At the same time, because all wheels are superimposed on the same axis in the center, essentially within the gear train, there is minimal impact on balance amplitude during engagement.

However, due to the many possibilities in gear arrangement that this system permits, the renowned advantages of a vertical clutch system are preserved in some but not others. In fact, these broad theories only apply if all three components — fourth wheel, vertical clutch mechanism and chronograph seconds wheel — are stacked vertically in the middle of the movement so that there is no additional meshing of gears involved. In the event where the fourth wheel is located elsewhere to drive a running seconds counter directly, an auxiliary train is necessary to connect the fourth wheel to the chronograph wheel in the middle. This horizontal mating of gears in turn reintroduces the issue of backlash, caused by gaps between meshing teeth, necessitating other solutions such as a tensioner to reduce flutter, in which case the smooth action of the chronograph seconds hand is no longer an inherent advantage of a vertical clutch system.

But perhaps the real surprise is that a directly driven vertical clutch mechanism happens more rarely than we think, particularly in modern movements where the thinness of the movement takes precedence. More pertinently, this ensemble offers a glimpse of just how widely the basic architecture of vertical clutch chronographs can vary in contrast to their horizontally coupled counterparts.