George Daniels (1926-2011) was an iridescent figure, often setting the tone of good horological taste during his lifetime. 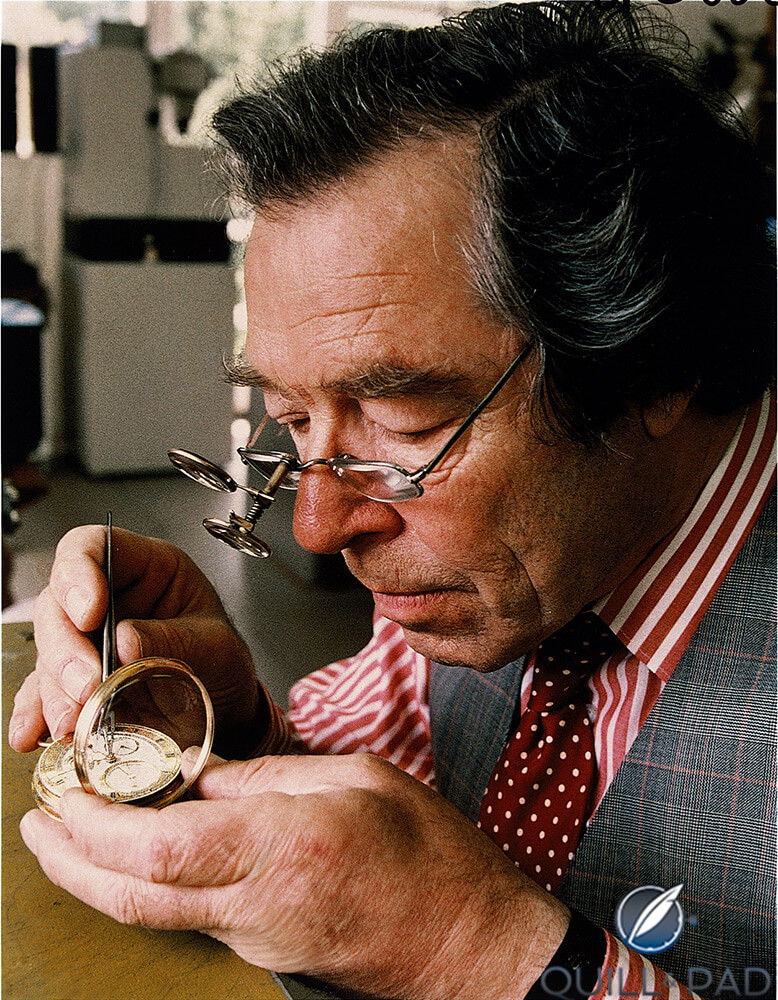 The Isle of Man-based English watchmaker passed away in 2011, but the rich tapestry of published works and timepieces continue to fascinate.

Now there is a series of Daniels videos on Web of Stories weaving the story of his life that is very much worth spending some time with.

If you have read Daniels’s autobiography All in Good Time, you may be familiar with many or all of these stories. Nonetheless, it is a real thrill to hear him tell them himself. 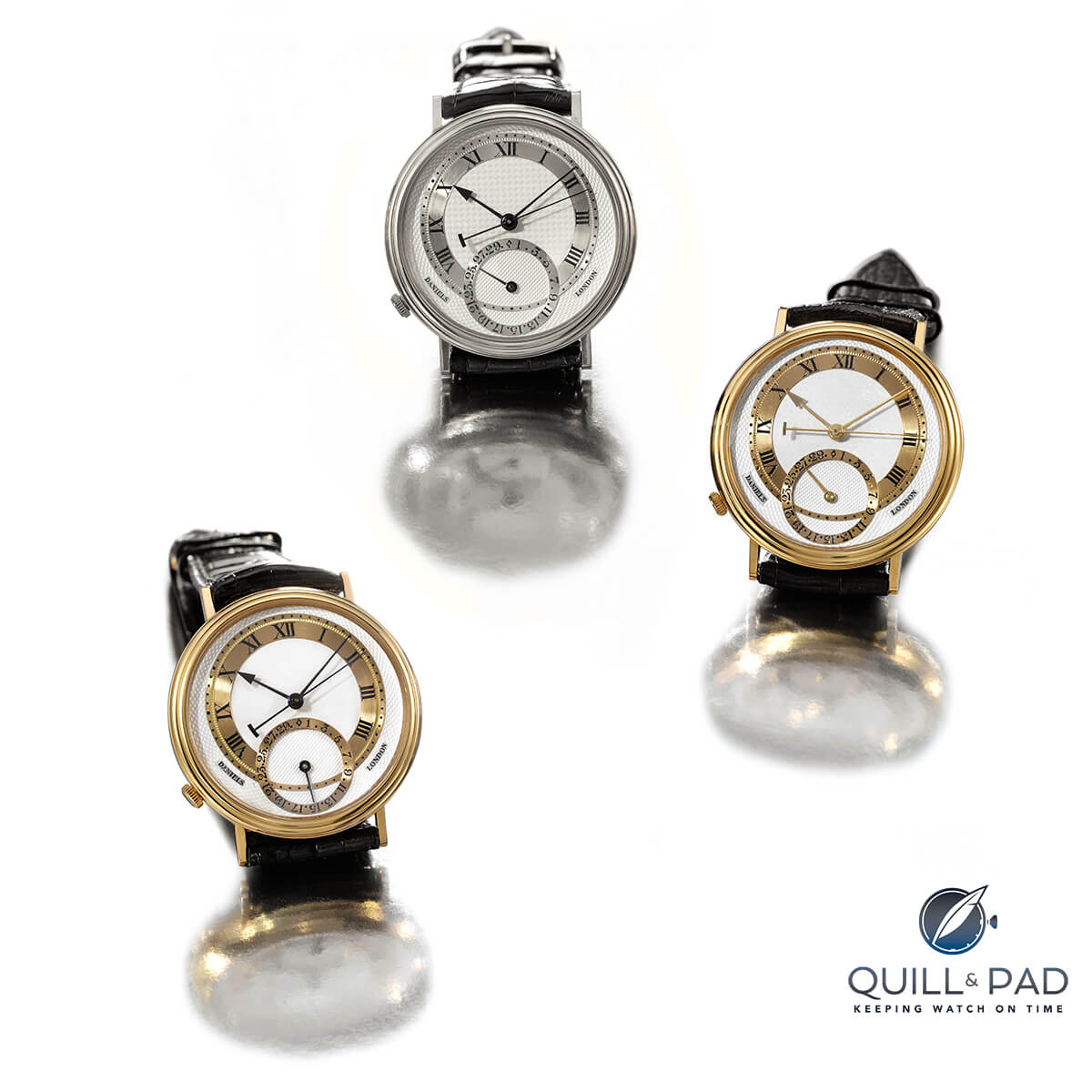 Daniels created a total of 37 pocket watches in his lifetime in addition to a series of 50 wristwatches called Millennium completed with protégé Roger Smith. 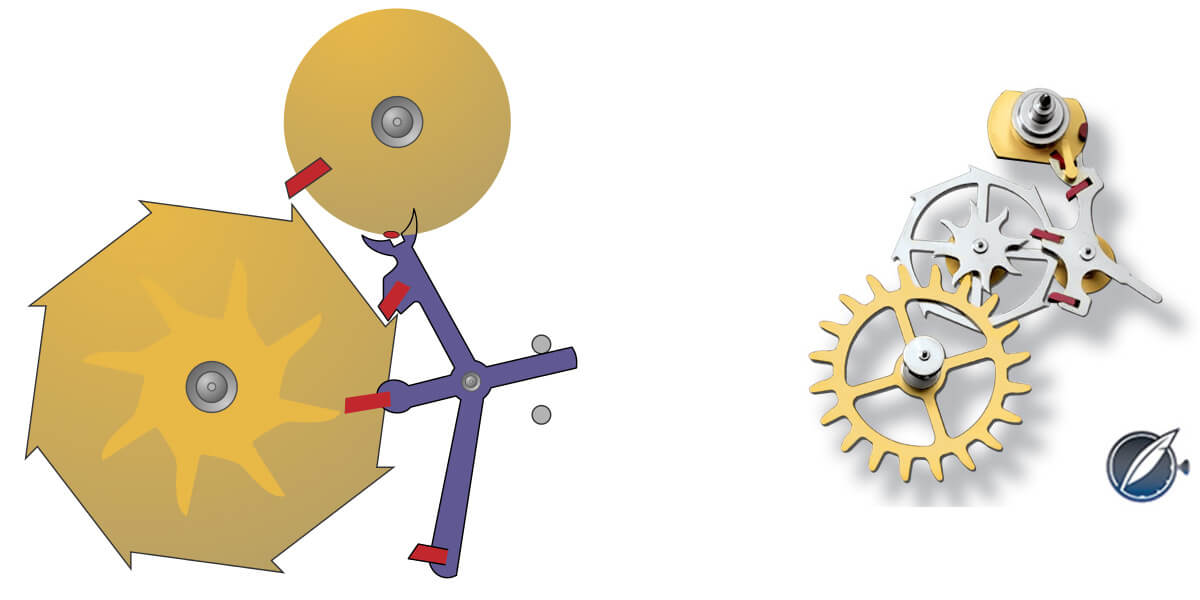 Diagram of the coaxial escapement invented by George Daniels

Daniels was the inventor of the co-axial escapement that is now utilized in all Omega wristwatches. While he invented the co-axial escapement in 1975, Daniels did not patent it until 1980. After a long search over the course of a decade and a half that involved talks with both Patek Philippe and Rolex, Daniels eventually sold the design to Omega, who needed almost another decade to develop it for use in large-scale serial production.

Though the patent has now run out, no other watch brands use the co-axial aside from Omega and Smith, who has adapted it for use in his own masterfully crafted timepieces, which are presently the finest examples of traditional English watchmaking.

No two of Daniels’s creations were ever completely alike. The next watch was always undertaken because Daniels had another idea to try out, another escapement to experiment with, or desired other functions to add.

George Daniels passed away at his estate on the Isle of Man following complications arising from hip replacement surgery at the age of 85.

For more information, please visit danielslondon.com and check out the Web of Stories videos at www.webofstories.com.