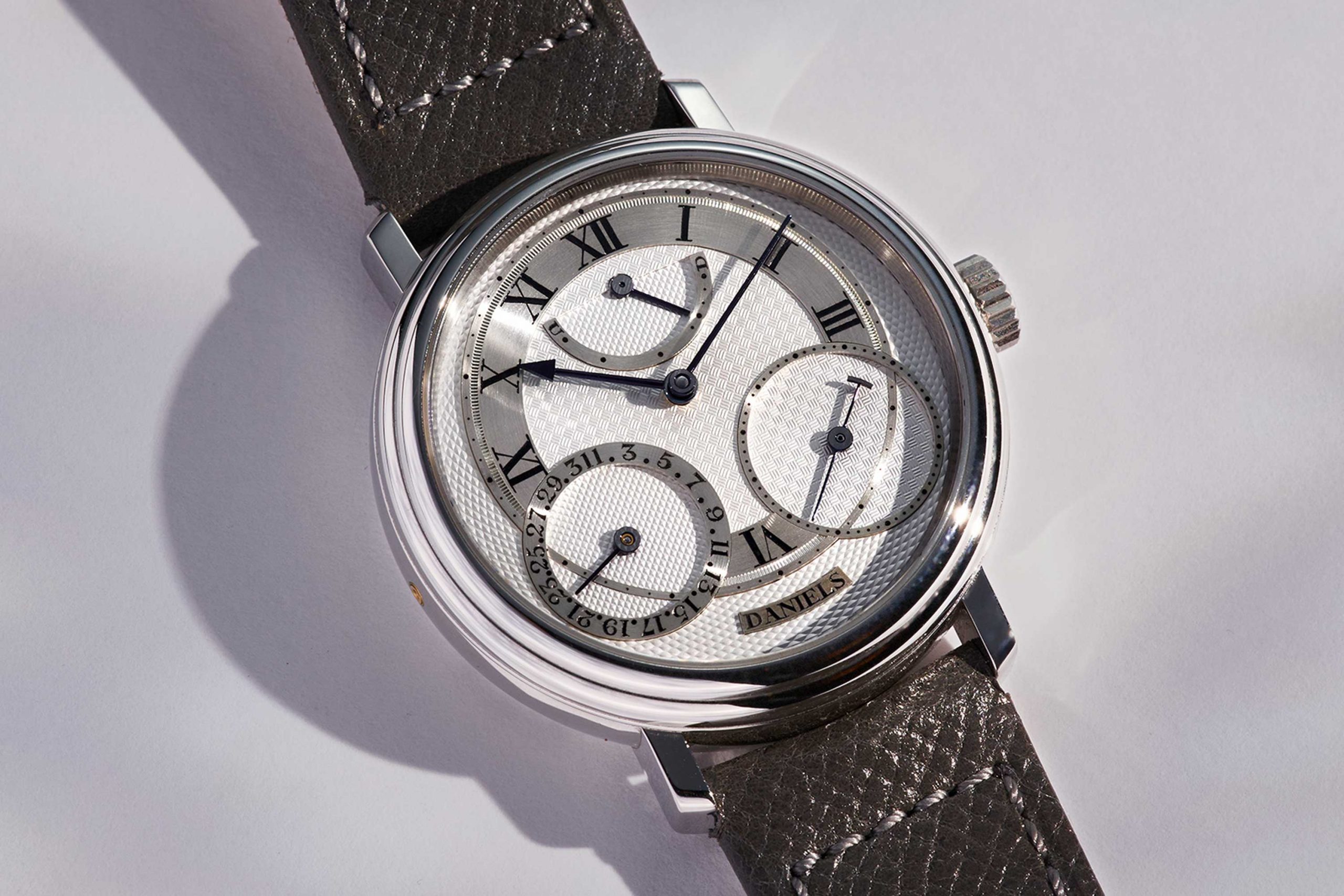 Taking place on 11 and 12 June, Phillips’ New York Auction SIX marks the auctioneer’s first ever Spring watch auction in the Big Apple. The live sale will be a permanent instalment moving forward, in addition to the year-end sale Philips has held annually in the city since 2017. This follows a superlative 2021, where the annual sale in New York raised $35.9 million, setting a record for the highest value watch auction in US history.

Headlining the inaugural spring auction are two historically important watches that speak to the core of independent watchmaking – its foundations and legacy. The star of the show is an Anniversary wristwatch by the late George Daniels. It bears the serial number “00” and is one of just four examples made in platinum. The second is an F.P. Journe Chronomètre Souverain, also in platinum, which was a personal gift from Francois-Paul Journe to Daniels in 2010. Engraved on the balance cock are the words “FP to George Daniels, My Mentor 2010”

Rightly considered to be the most influential watchmaker of the 20th and 21st century respectively, the two watchmakers shared a close personal bond, both having been inspired by the work of Abraham-Louis Breguet and strove to emulate his elegance in engineering.

Widely recognized as the greatest watchmaker in the modern history of horology, George Daniels is perhaps most renowned for inventing the Co-Axial escapement, but of equally significant influence was his contribution to the trajectory of independent watchmaking. The trade, covering the span between the industrial revolution and the quartz crisis, was largely characterized by an intense division of labour. But Daniels became the first watchmaker to master 32 of the 34 essential skills required in the construction of a mechanical watch. He proved that it was possible to make a living as an independent watchmaker, pioneering a market and sector that had never existed before. His acclaimed tomes of scholarship on Breguet and his instructional book Watchmaking, which is widely regarded as a horological bible to this day, provided a guiding light for a whole new generation of watchmakers.

During his lifetime he made 24 unique pocket watches and four unique wristwatches – a double-case tourbillon, a chronograph with a four-minute tourbillon and a pair of rectangular tourbillon watches in blue and white respectively. On top of that, he created two serially produced limited editions with his protégé and heir apparent, Roger Smith – the Millennium launched in 1998 which was powered by a self-winding ETA-derived Omega movement and the Anniversary, which became the only serially produced wristwatch with a new movement made from scratch.