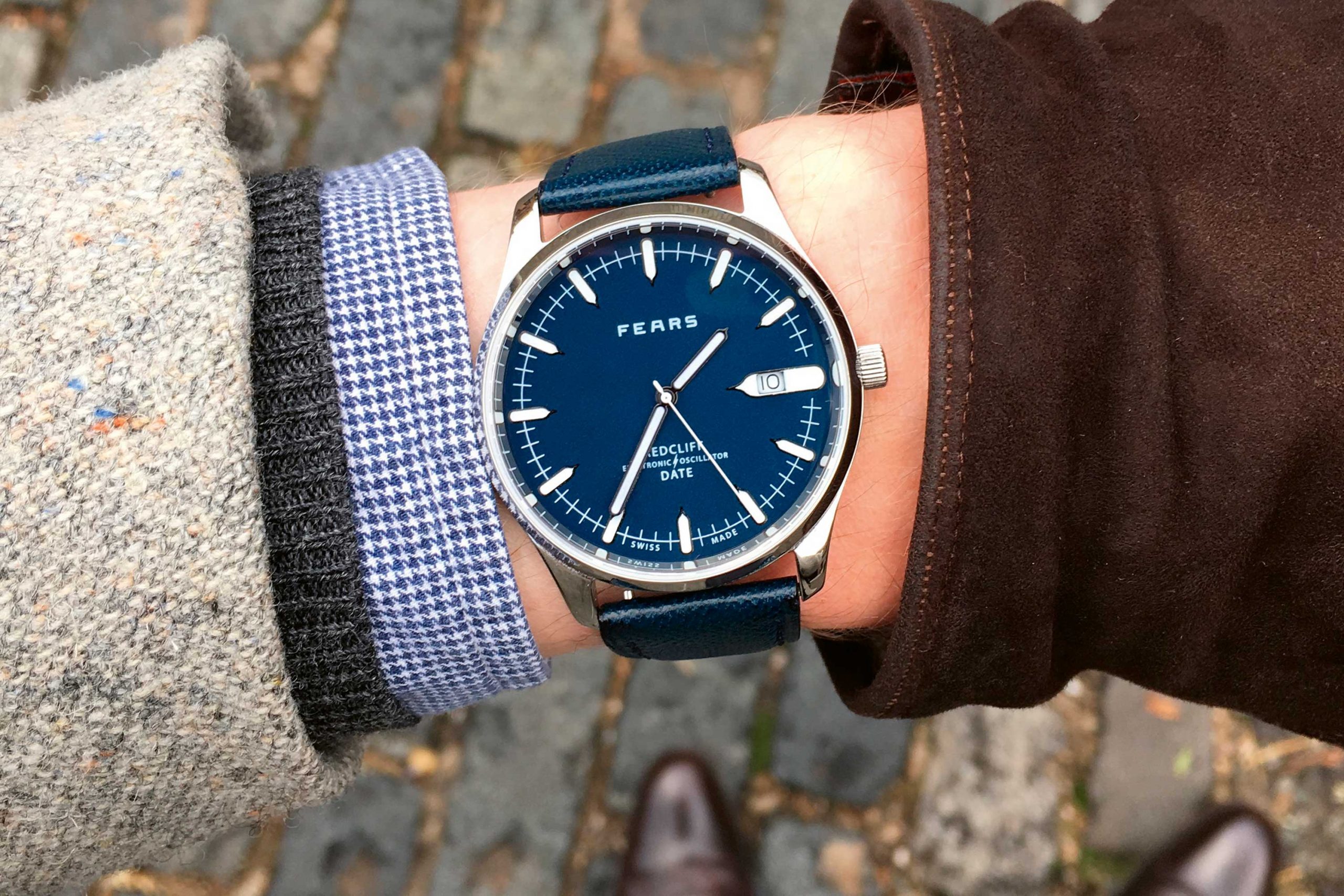 The Fears story began in 1846, in the city of Bristol, when a talented young watchmaker named Edwin Fear established a workshop and showroom. For over 130 years, three generations of the Fear family grew the business into one of England’s largest watch companies. Fears continued to produce high quality timepieces in the UK until the mid- 1970s. In 2016, Edwin Fear’s great-great-great-grandson reestablished the family company, and Fears is once again manufacturing watches in the UK.

Can you remember your first watch?

My parents purchased a Timex for me when I was around five or six, and I remember that it came with a book on how to tell the time. Interestingly, one of the things I was acutely aware of, even as a five year old, was that there were two versions of this watch. My watch, which came on a pale blue plastic strap, and another with a red strap. The difference was that the red strap version had a mechanical movement, whereas the blue strap one was quartz. This was the early ’90s, and it was explained to me that the blue strap one was far superior because the quartz was a much better movement! The mechanical one was inferior because it was old technology, and it was the cheaper one out of the two. That stuck with me for many years until I became somewhat more enlightened. To this day, however, I still can’t tell the time on a digital readout, and I have to quickly do a mental image of where the hands are pointing on a round clock face.

Fears is in your blood, but when did you realize that you had to re- establish the brand?

Setting up Fears really was one of these eureka moments, which came about almost by accident. Since I was young, I was aware that my relatives had been watchmakers, but I didn’t really know much about them or what they did in particular. It was only after university that I decided that I wanted to become a watchmaker, and I started to research jobs in the UK. I mentioned this to my parents, and my mother reminded me that my great-grandfather and his father were both watchmakers, so it’s clearly in the blood. I then got a job at Rolex where I worked as an apprentice watchmaker, but around two and a half years into my five- year apprenticeship, I started getting restless at the thought of just sitting at the workbench for the next 40 years. I mentioned to my parents and my mother jokingly said, “Well, why don’t you restart the family watch company?”

It was a bombshell moment; this was the first I’d heard of it. She produced an old family album and found an old advert for Fears watches, and suddenly I realized that my relatives, that I had assumed had simply been watch repairers, were actually the managing directors of the west of England’s largest watchmakers. On the train journey home with my husband, I decided that I had to reestablish the brand. I don’t know how I would do it, but I knew it was my destiny to bring my family’s company back to life!

Perrier-Jouët Belle Epoque Rosé Champagne: As Thrilling As Its Siblings