The Sense And Non-Sense Of Watches In Movies – Reprise

There was a time when viewers didn’t consciously pay that much attention to what kind of wristwatch movie characters wore.

This often meant that actors wore their personal watches on set, sometimes even when it didn’t suit the movie. Rudolph Valentino refused to take off his beloved Cartier Tank even when he played the title role in The Sheik, a movie set in a time before the wristwatch even existed! 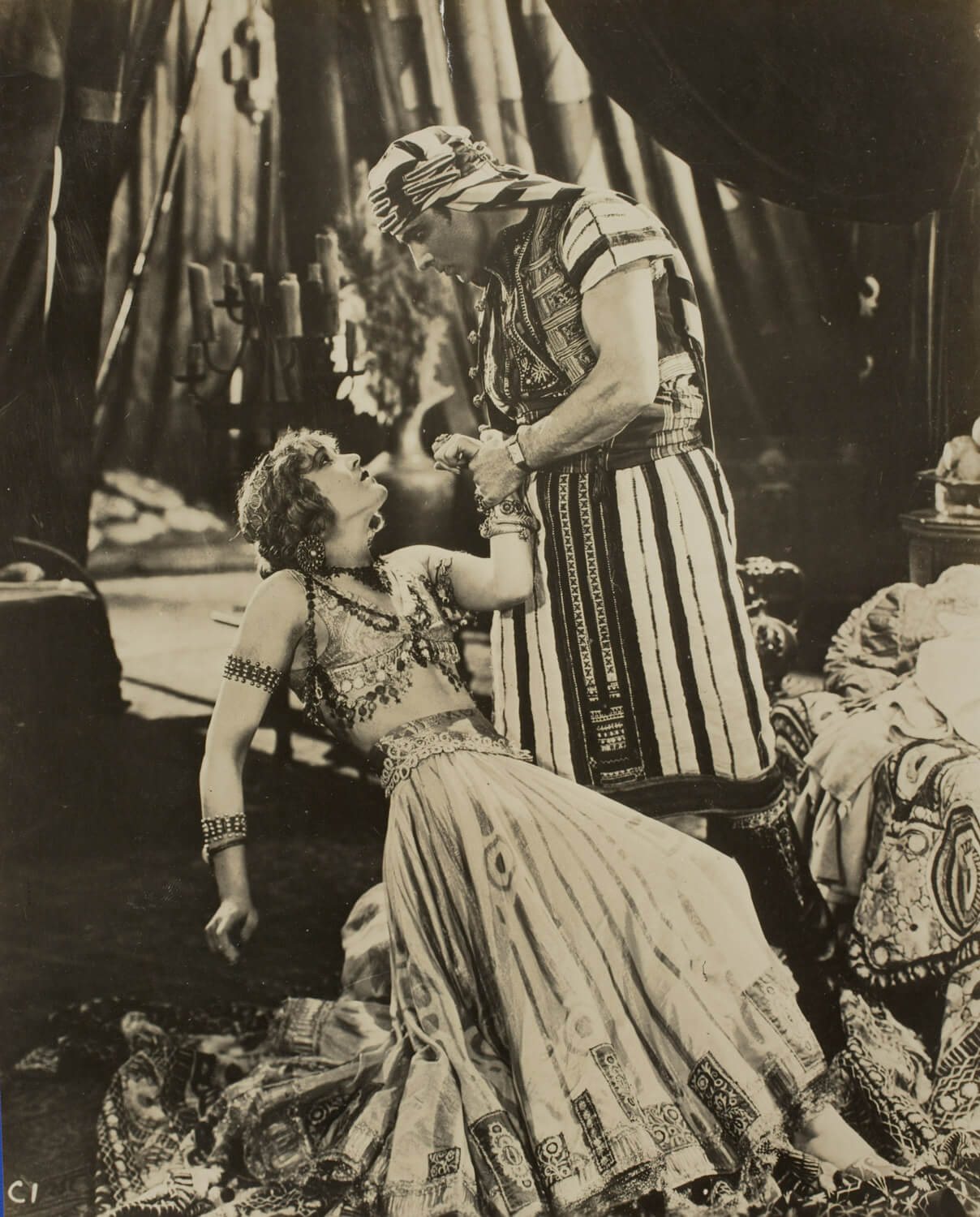 The first rule of watches in movies

The key to success between wristwatch, character, and film is to find a script that allows the characters to form seemingly natural bonds with the watches they are wearing. The wristwatch should really make sense.

As this show’s producers had no idea if it was going to be a success, they started off with a modest budget. The gold Rolex Day-Dates seen on the wrists of Crockett and Tubbs were fake – as was the Ferrari Daytona, which was a Corvette with a body kit. When after two seasons it became clear that the show had become one of the hottest on the air, a lot changed. 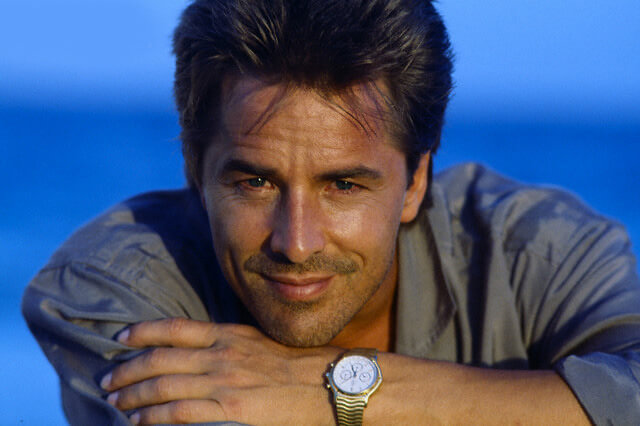 Ferrari stepped in and offered two white Testarossas, and the fake Rolexes were replaced by genuine Ebels. This was a master stroke by brand director Pierre-Alain Blum, grandson of the brand’s founders, as it gave the Ebel Sport Classic Chronograph global fame on the wrist of Sonny Crockett played by Don Johnson.

As soon as I got over my first disappointment that Miami Vice: The Movie was not set in the 1980s (talk about missing a critical ingredient . . . ), I noticed what an odd choice the watch of Sonny Crockett, now played by Colin Farrell, was wearing: a Vacheron Constantin Malte Chronograph Perpetual Calendar in platinum.

While this is a more than impressive watch, it seemed better suited on the wrist of a master swindler like Bernie Madoff rather than accompanying one of Miami’s finest on dangerous undercover missions. The watches of his “partner in justice,” Ricardo Tubbs (played by Jamie Foxx), seemed more like natural product placement as he switched between an IWC Portuguieser Chronograph and an IWC Aquatimer Chronograph.

This also illustrates another important factor of successful placement of watches in movies: affordability counts.

I doubt that Vacheron Constantin sold many extra platinum Malte Chronograph Perpetual Calendars thanks to the movie (although I might be wrong as producer Michael Mann allegedly bought one after completing shooting), but for an IWC Portugieser or Aquatimer it might be a different story.

Seen in that light, Hamilton‘s alliance with the Men in Black movies was a very clever one. 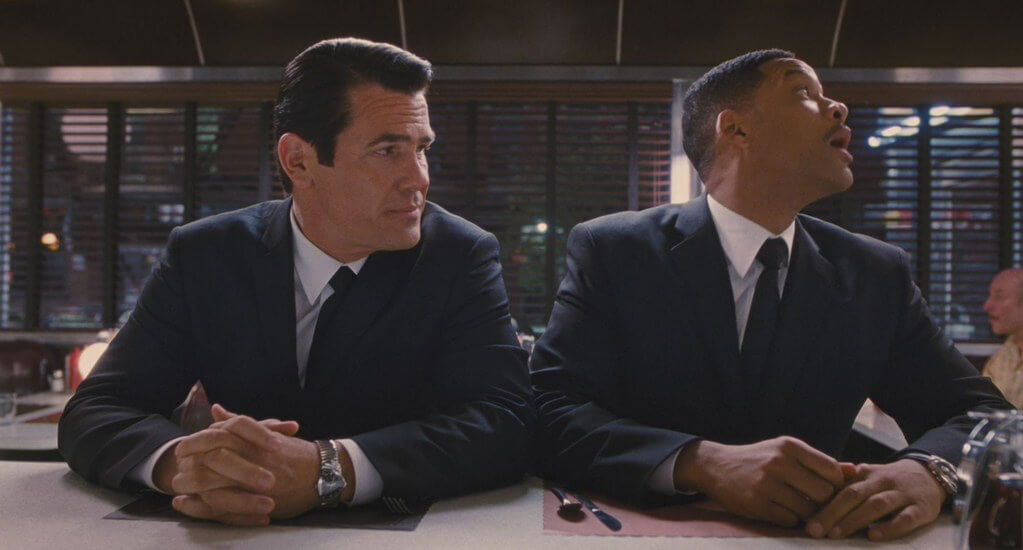 In these movies, it is especially the original Hamilton Ventura that is highlighted. Still part of Hamilton’s current collection, this model rose to fame thanks to another movie: Blue Hawaii, in which Elvis Presley wore one (see Elvis Is In The Building: In Honor Of The King And His Watches).

Not only did these watches make sense for the characters in the movies in which they were worn, their modest price tags made them accessible to a larger group of consumers, making the commercial impact for the brand all the higher.

Promoting watches through a movie can also be advantageous from another perspective as they will be on the wrists of exaggerated characters that are unlikely to exist in real life.

The beauty of such a character is in the fact that it is fictional. This sounds like kicking in an open door, but the distinction is very important. While as a brand executive you have little influence over the film, you can read the script of a movie beforehand.

In most cases, ambassadors aren’t a problem, but there have certainly been a few Swiss watch executives losing sleep over Tiger Woods’s personal life or Maria Sharapova’s doping (yes, we’re looking at you, TAG Heuer, in both instances!).

With a fictional character, real-life problems are eliminated altogether.

From watch to cult hero

Having the right watch in the right movie can greatly contribute to the (cult) status of a watch.

When Seiko teamed up with Italian car designer Giorgetto Giugiaro (the man who gave us the DeLorean DMC-12 and the Lotus Esprit), one of the first watches they created was the Seiko Giugiaro 7A28-7000 chronograph. This very futuristic watch ended up on the wrist of Sigourney Weaver who, as Ellen Ripley, reached cult status as she fought off some of the most epic aliens in cinematic history. 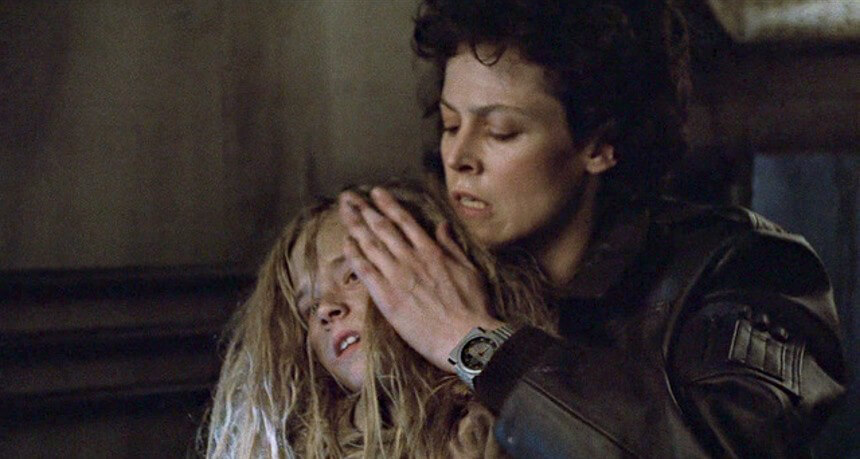 Omega struck gold when in 1995 it became of the official watch of choice of Her Majesty’s favorite secret agent, James Bond, a position it has retained since. 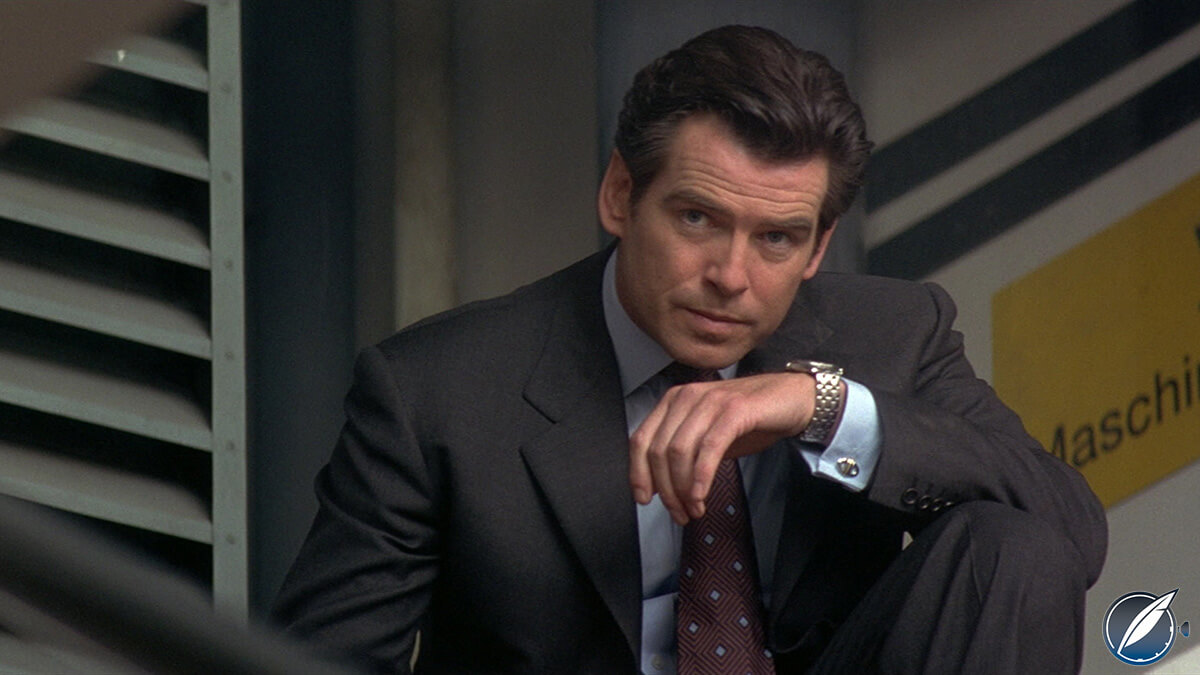 Allegedly, the sales of the Seamaster Professional that Pierce Brosnan wore as James Bond went up tenfold afterward. I believe it was because I was one of the people who bought one!

Brosnan himself has had a very interesting career in the movies – and in watches, as you can read in The On- And Off-Screen Watches Of Brosnan, Pierce Brosnan, a story that also provides an interesting perspective on how real life and fictional movies blend when it comes to watches.

The competition is murder

Brands are starting to realize more and more that having a watch in a movie can be the perfect way to promote it.

This is why the competition to feature a product in a movie has become much more fierce as movie producers find they can compensate some of their hefty budgets with money received to feature a certain watch. 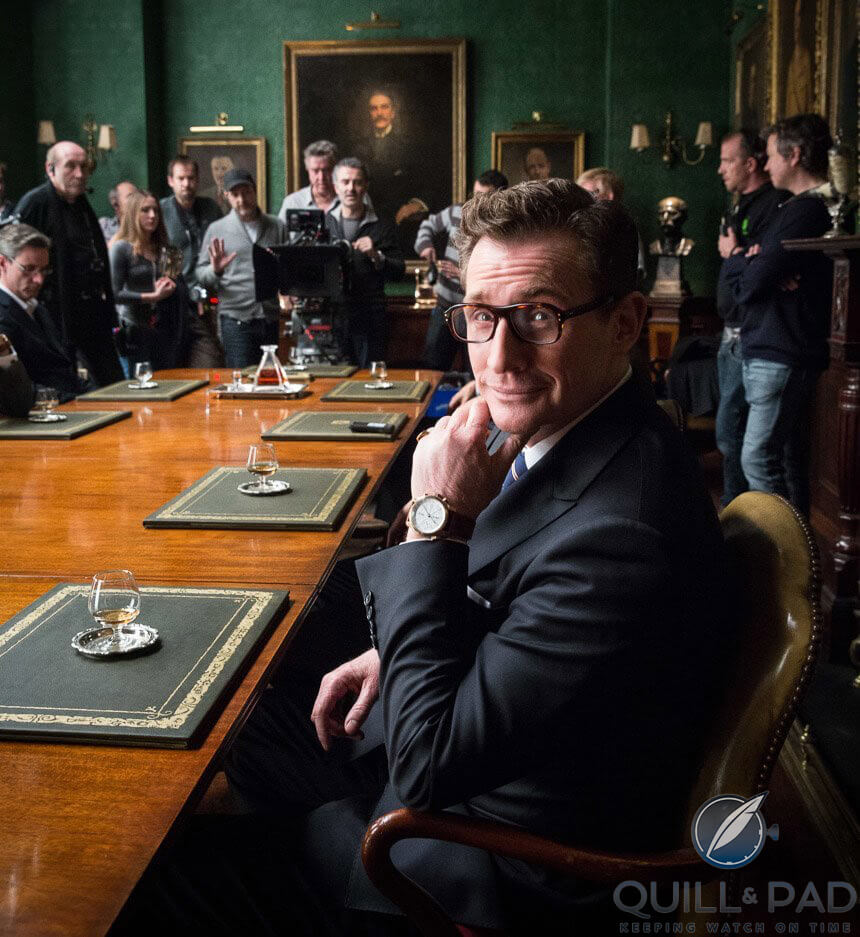 When Kingsman: The Secret Service came out in 2015, Bremont landed a prominent role for the its ALT1-WT model, which the brand slightly modified for the movie (see Bremont Watchmaker Stars As Marvel Kingsman In Matthew Vaughn Film Version Of Comic Book). 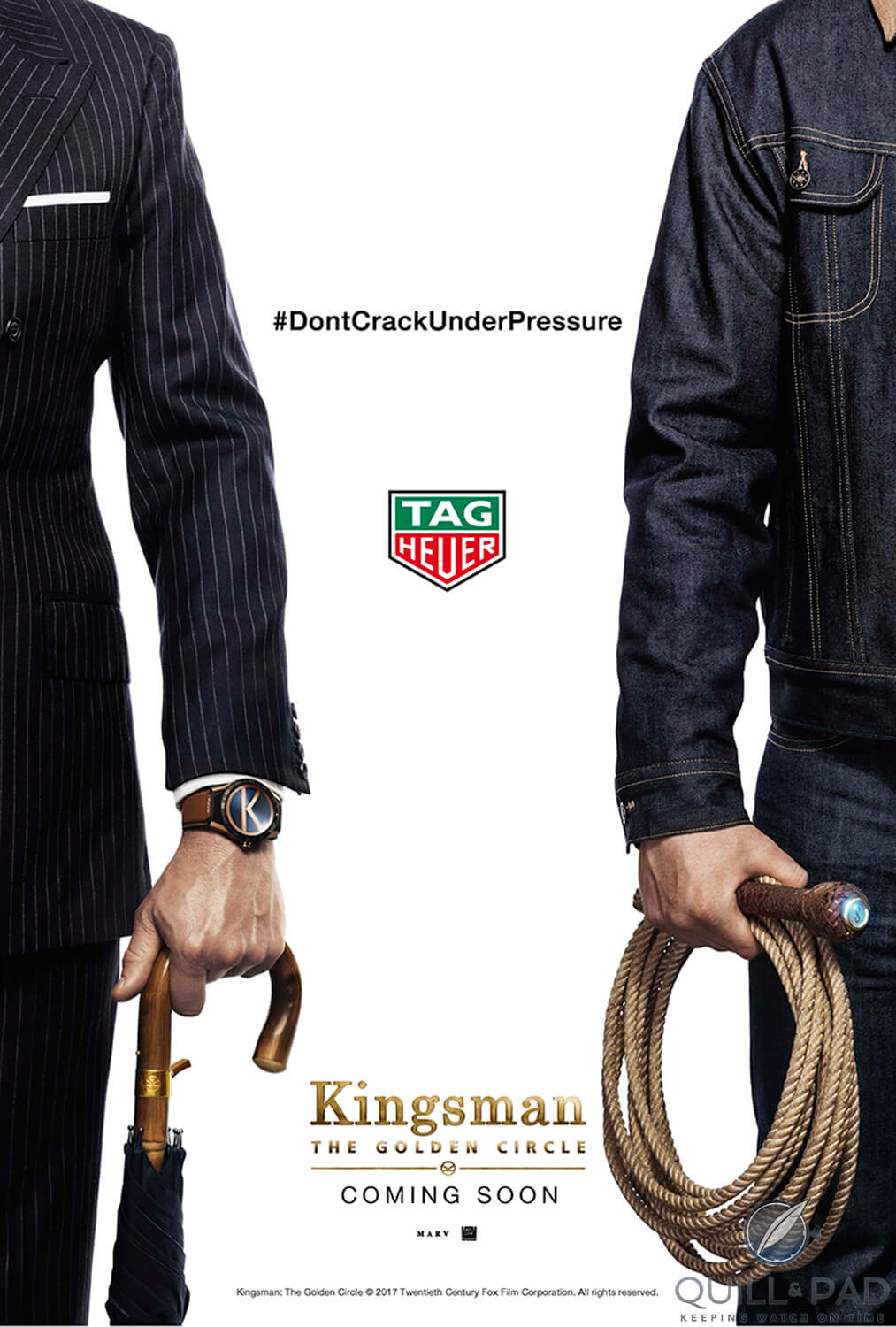 For the sequel, Kingsman: The Golden Circle, the Bremont ALT-1 was replaced with a special version of the TAG Heuer Connected Modular 45.

Is it a better choice? For that, you need to see the movie and form your own opinion, but it does illustrate that having your watch featured in a blockbuster movie these days is big business!

* This article was first published on October 16, 2017 at The Sense And Non-Sense Of Watches In Movies.

Commemorating 56 Years Of Bond, James Bond: A Complete Rundown Of Watches Worn On Screen By The World’s Most Famous Fictional Spy

‘The Kingsmen,’ ‘The King’s Man,’ And Three Spy-Worthy Timepieces From Bremont, TAG Heuer, And Jaeger-LeCoultre

The On- And Off-Screen Watches Of Brosnan, Pierce Brosnan

Why I Bought It: Kudoke Flieger Concept (KFC) – Reprise