In the extremely popular world of Japanese manga and anime I am essentially clueless because I have next to no exposure to any of the source material behind the most popular properties. I have heard of a few handfuls of the biggest names thanks to casual mentions or their placement in other popular media. But for some reason – perhaps my lack of interested friends and my inability to access the internet consistently until college – I did not fall down the rabbit hole of comics, manga, or even card games like Yu-Gi-Oh or Pokémon.

My teenage world consisted largely of cars, motorcycles, baseball, snowboarding, and watching shows like Mythbusters or Monster Garage, not necessarily in that order. While my world expanded by leaps and bounds in college, and I was exposed to more and more media from around the world, I still never caught the manga and anime bug. Skip ahead a few more years and now I’m too busy with work to dive into any new media.

One day a coworker of mine, who had emigrated from Japan over a decade prior, sent an image of my doppelganger to the entire office, a character from some seemingly obscure Japanese anime series. 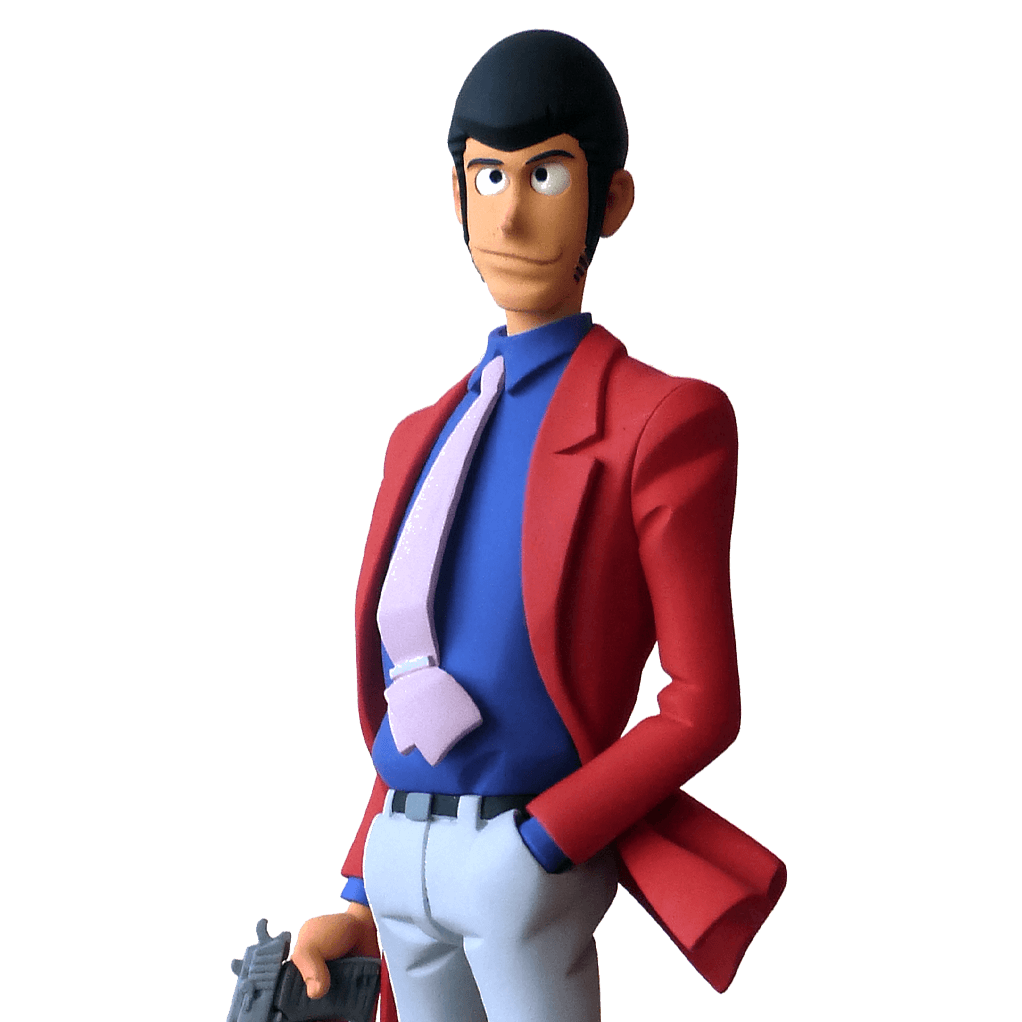 Lupin the Third or Joshua Munchow?

I had never heard of this random character, but I had to admit that at the time I was almost the spitting image of the master thief with the brightly colored blazer and tie. It was only later that I learned that Lupin the Third was an incredibly popular character that had been around since 1967.

Still, my understanding of the character was mostly limited to the knowledge that we looked a good deal alike, so it came as quite a shock when I learned about a unique special edition of the Zenith Chronomaster Revival based on Lupin the Third: the Chronomaster Revival Lupin The Third Final Edition is the most recent of three editions since 2019 and is the most striking one yet. 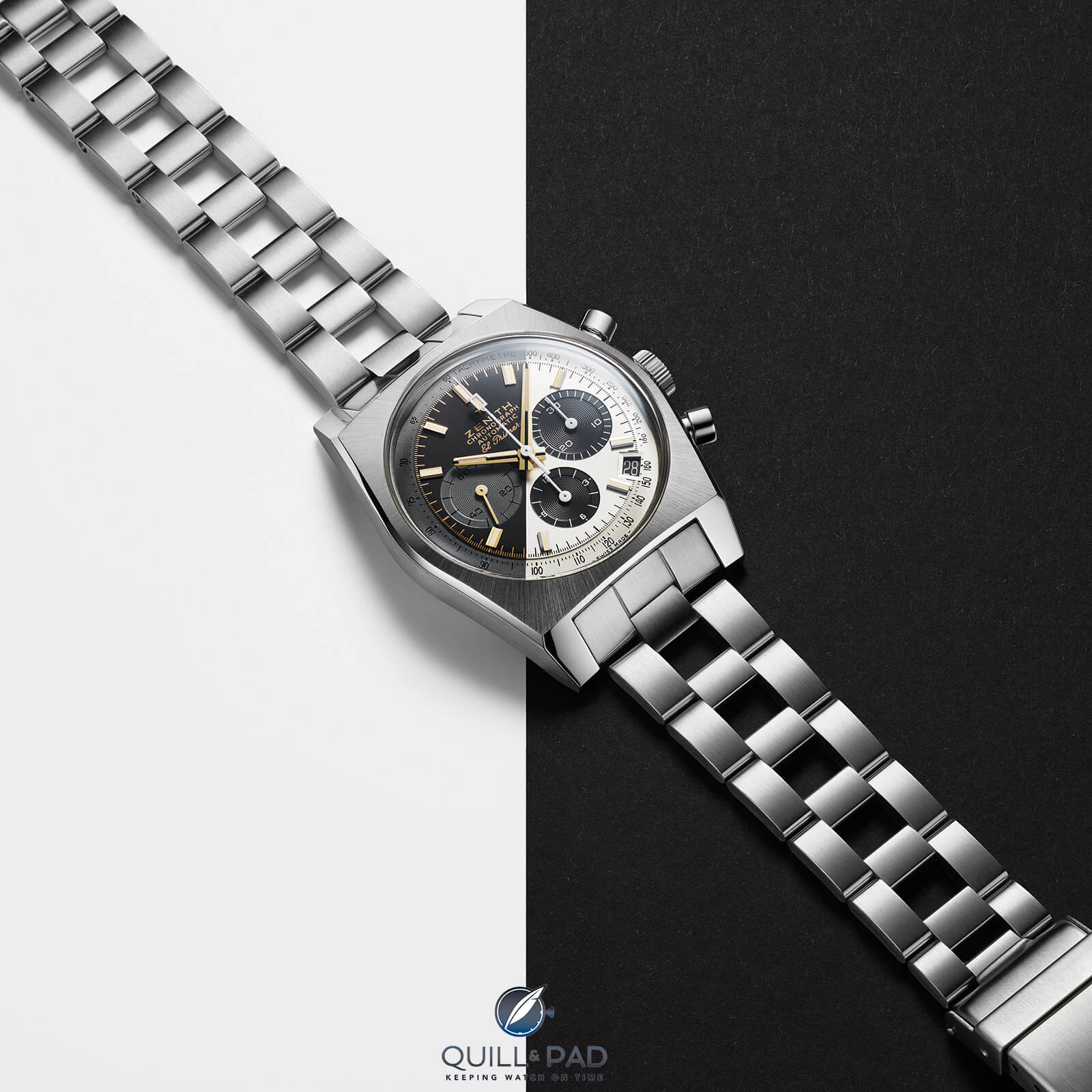 To celebrate the fiftieth anniversary of the El Primero in 2019, Zenith released a watch directly inspired by the Lupin the Third manga, which included the Zenith El Primero Chronograph as a detail for a well-dressed character by the name of Daisuke Jigen. 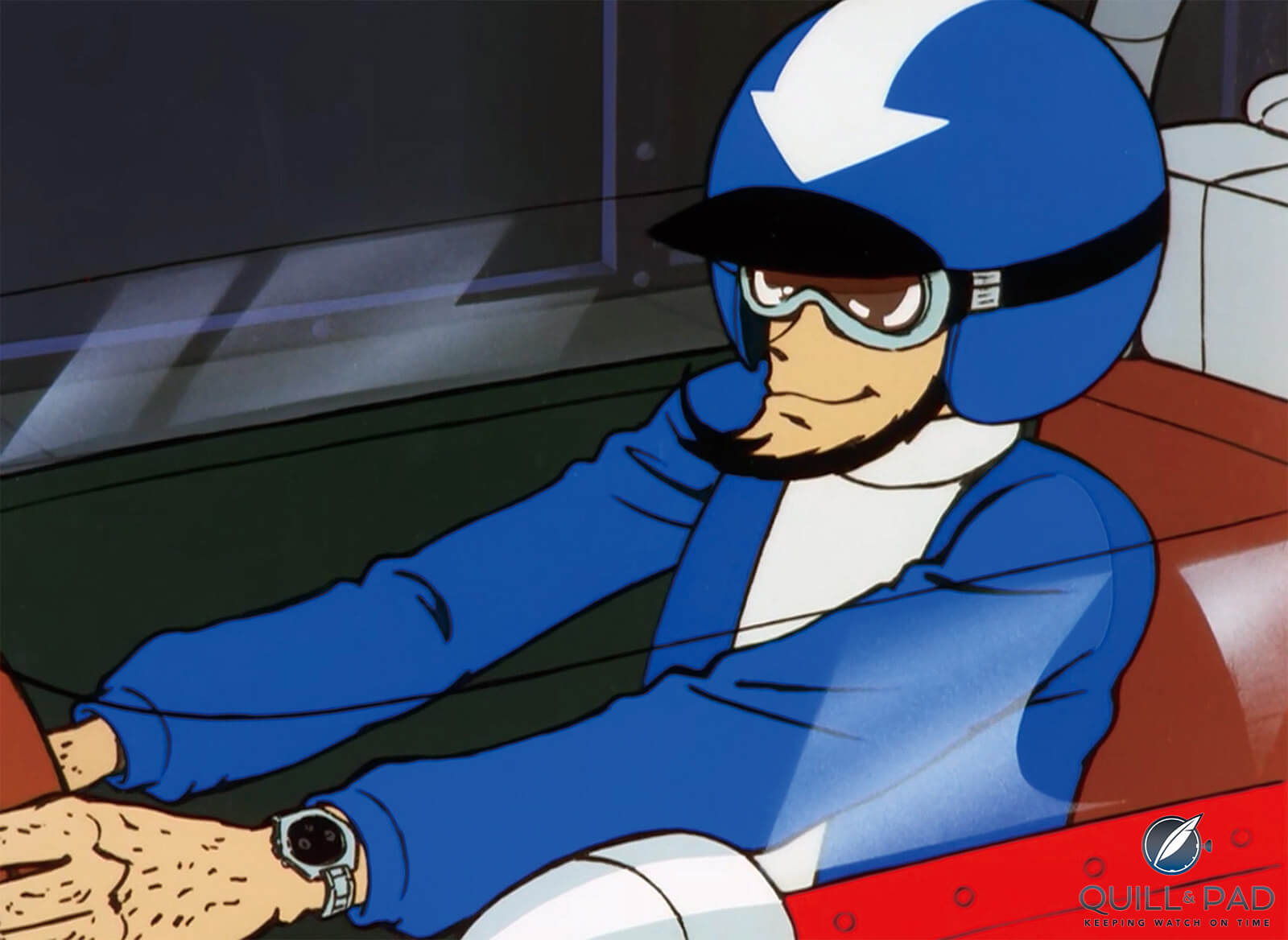 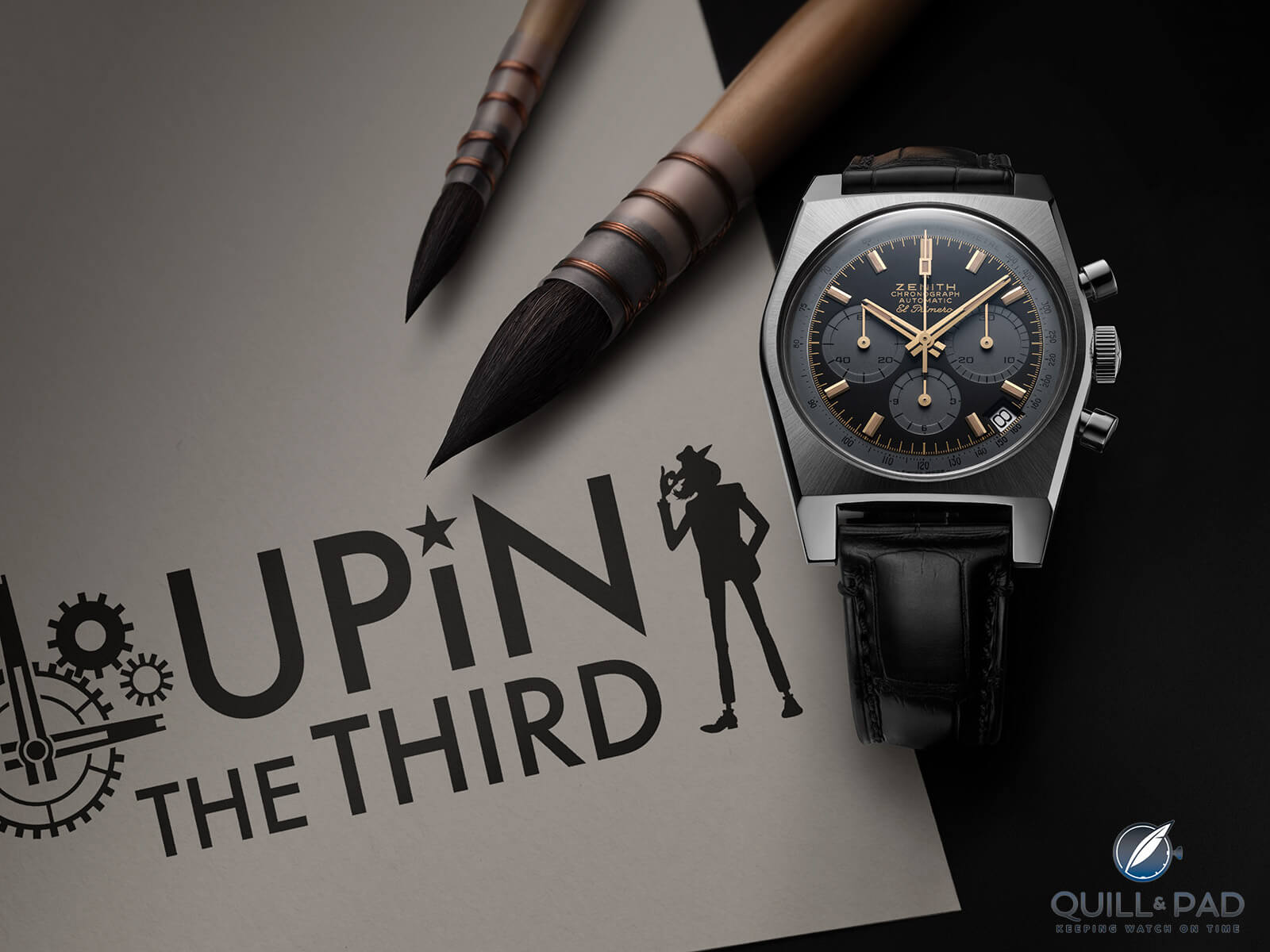 The watch in the manga was based on the popular A384 but was a colorway never made by Zenith: a black dial with large grey subdials. This resulted in the First Edition being a brand-new combination the designers at Zenith had not yet attempted. 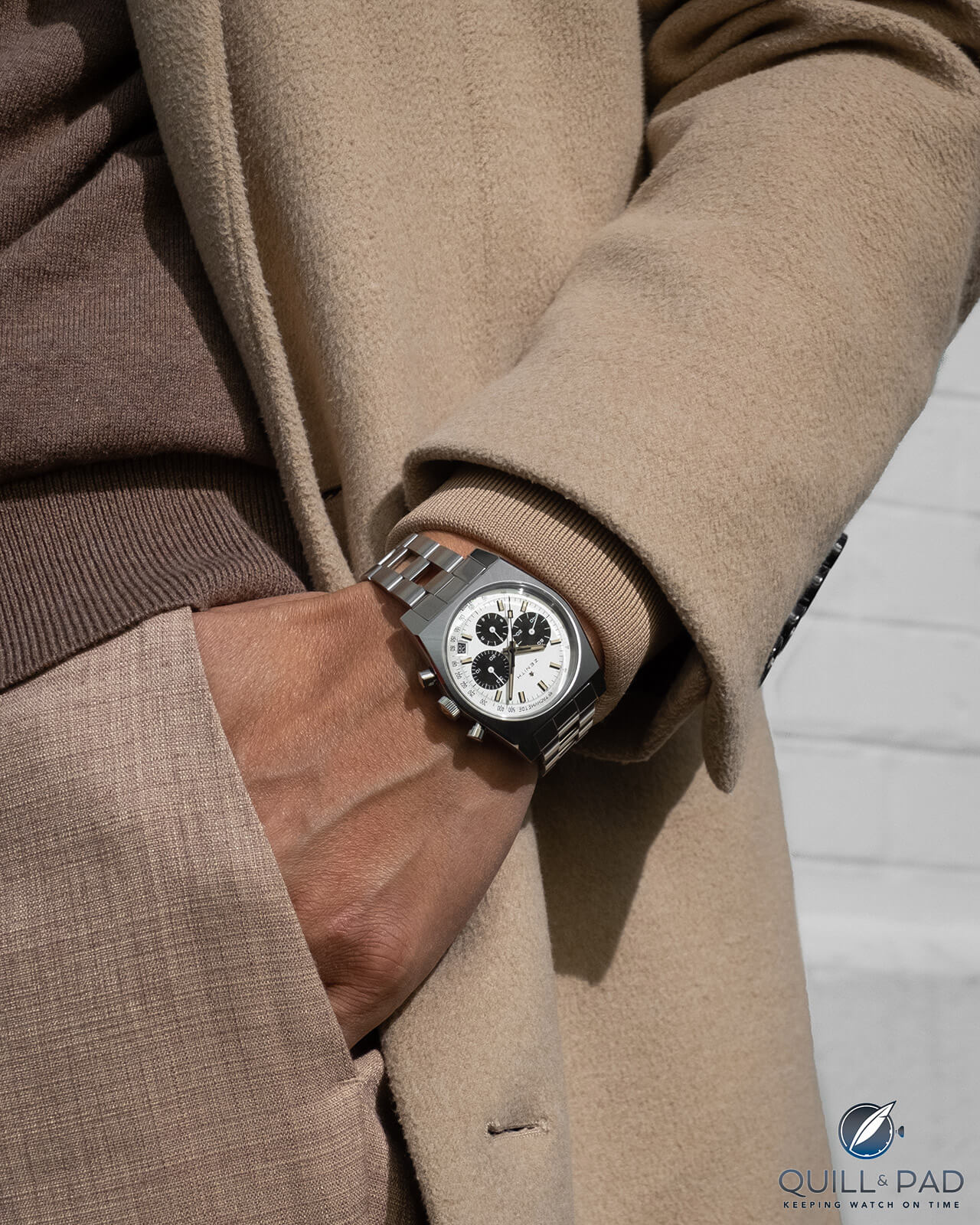 This was followed up by the Second Edition, which was also based on a specific appearance in the manga, this time a “Panda” dial with white background and black subdials. Both editions were extremely solid watches, the first being more distinct due to it being an entirely new combination.

But nothing prepared us for the third and final edition. Released in January 2022, the Chronomaster Revival Lupin The Third Final Edition is a special combination of both references, but not in a way you or I might have expected. 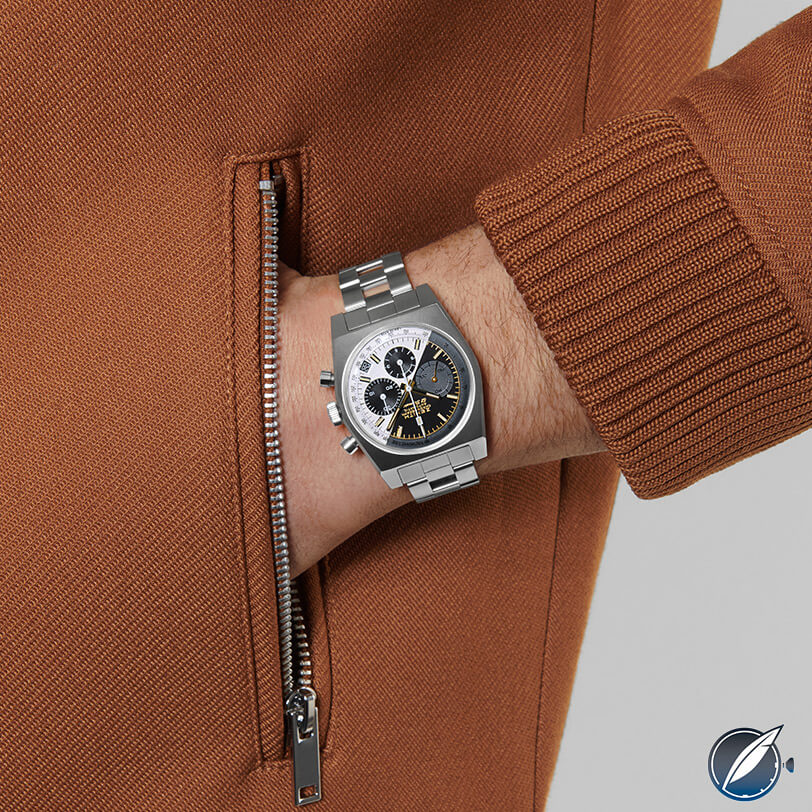 The dial and corresponding details are split right down the middle diagonally, the upper left half representing the first edition, and the lower right representing the second edition. Each half dial recreates its representative earlier edition faithfully, but seeing them side by side in such a dramatic way almost completely divorces this piece from its predecessors.

The dial sports a tachymeter scale that is both white and grey, cleanly managing the meeting point of the two as a continuation of the black and white of the main dial.

The color split in the dial is perfectly centered between the running seconds subdial at 9 o’clock and the chronograph hour counter at 6 o’clock, though these two dials are different sizes so the dial isn’t split at a 45-degree angle. The line bisecting the dial travels from the hashmark at 6 o’clock and four-fifths of a second down to the corresponding hashmark at 36 and four-fifths of a second.

Even though the dial isn’t symmetrically balanced it is visually balanced with the Zenith Chronograph Automatic El Primero logo on the black side of the dial balancing the shape of the hour counter on the white side.

The balance is continued in how the hands and applied hour markers offset each other. The first edition of the Lupin The Third Chronomaster sported gold markers and hands while the second edition had silver markers and hands to match the lightness of the dial. 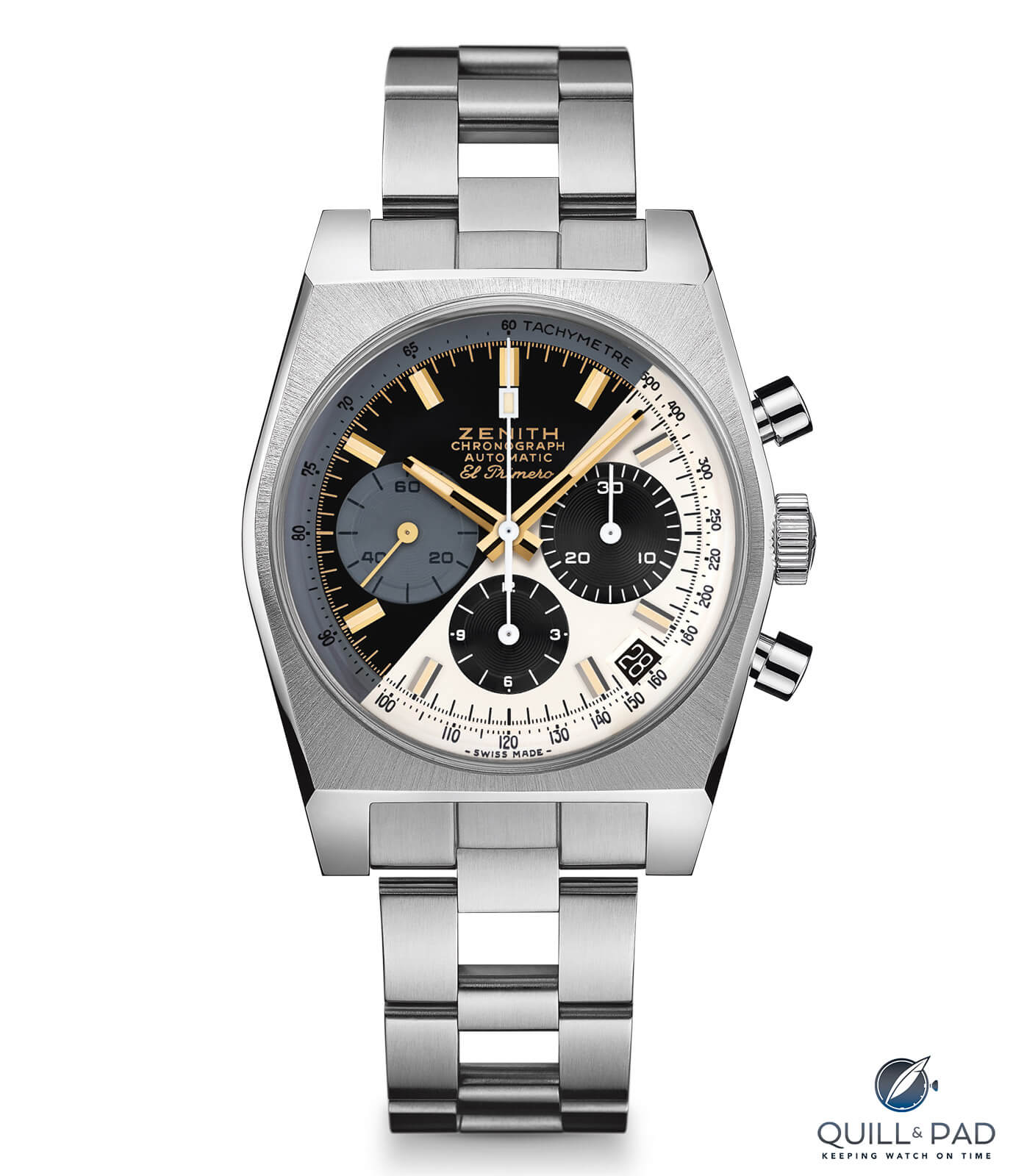 The Final Edition model sports both – gold-colored markers on the black side with a gold-colored running seconds hand as well as gold-colored hour and minute hands – all balanced with the silver markers on the panda side but updated white hands on the subdials and a white chronograph second hand in the center.

Functionally, the aesthetic of the panda side of the watch covers all the chronograph functions with the minute and hour counters plus the chronograph seconds, and the black side covers the basic time telling. The panda side is also where the date window resides, showcasing the contrasting date disk nestled in among the fractions of a second and the tachymeter scale.

This balance wasn’t easy to achieve so cleanly. The dial is a single piece, not two slices attached, so the applied finishes were a bit of a painstaking process. First, the entire dial is finished in the white color as the base (rule number one of applying coatings: go from lightest to darkest) after which the subdials are milled into the surface.

This requires the rest of the dial to be coated in clear lacquer to protect the white, and then, once the milling is completed, a second protective layer is added to mask off the areas that will remain white so the rest can be painted black. This must be precisely and securely applied to prevent black bleeding into the white areas. If after each of these steps the dial is perfectly painted and split in two, the gray subdial still needs its coating of paint.

Anyone who has painted objects with multiple colors will understand how many opportunities there are for the process to go awry and require starting over. Since the Lupin the Third Final Edition is limited to 250 pieces, it provides thousands of opportunities for mistakes and makes this dial a very difficult one to create. 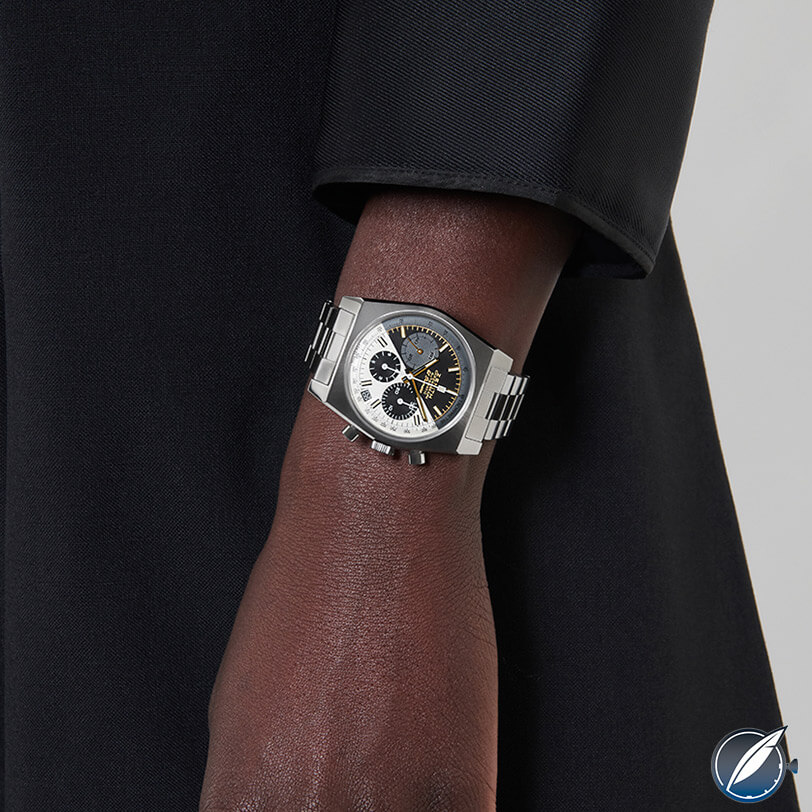 It’s got a feeling

But as Zenith says – and I agree – the intriguing dial was well worth the effort. What’s crazy is that if you disregard the awesome oddity of the dial, the watch is still a very robust offering. Housed in a titanium case based on the original A384 case shape and sporting the El Primero 400 automatic 36,000 vph movement, this watch already stands out. In addition to that, the ladder-style titanium bracelet (an uncommon style taken from Zenith’s vintage offerings) provides a second helping of unique cool to the piece.

The cool continues on the rear of the watch where we see an engraving of the inspiration for these pieces, the Daisuke Jigen character, on the sapphire crystal case back. But all of that plays second fiddle to the dial, which departs so dramatically from anything Zenith has created before. The feeling I get when looking at the watch is a sense of excited urgency, the juxtaposition of the two halves naturally just keeps you on alert.

When I first saw the Lupin the Third Final Edition from Zenith I was a bit taken aback. It grabbed me more strongly than a lot of vintage-inspired chronographs in the last couple years, and it’s 100 percent the El Primero model that has moved to the top of my list.

I’ll have to hope I get my hands on it before they all disappear into collectors’ safes, but until then let’s break it down!

50 Years Of Automatic Chronographs And The Recent Debuts From Zenith, TAG Heuer, And Seiko Commemorating The Milestone Invention(s)